Let’s start with the most popular metals used to make rings.

The first item on the list is yellow gold. I’ll go over some of the other types of gold in this article.

Yellow is the natural color of gold and the one most commonly utilized in the jewelry business.

Let’s speak about malleability and usefulness, and simply said, gold is wonderful for metals because of what it can do from a usability standpoint.

It can be shaped and altered, and it’s something that we can easily recognize historically.

In summary, gold is here to stay when it comes to rings, and it’s a wonderful place to start if you’re new to men’s jewelry.

If you’re looking for a wedding ring, a signet ring, or a class ring, gold is a terrific choice.

What exactly is rose gold? You’ll hear this term thrown around a lot. This will be a reddish gold, and it will have this color because copper has been mixed in with the gold.

This isn’t going to be 24 karat gold, but the copper content will increase the hardness and change the color.

You’ll also notice that this silver and other metals are sometimes used to modify the color.

However, this will be redder in color, and I think it’ll be a wonderful aesthetic.

What is white gold, exactly? Is it, in fact, gold? Yes, it is correct. It’s made of a gold alloy. As a result, other metals have been introduced.

Basically, we’ve got palladium, which is quite prevalent. We’re also going to apply a layer of rhodium to it. It’ll give it a lovely silver appearance. 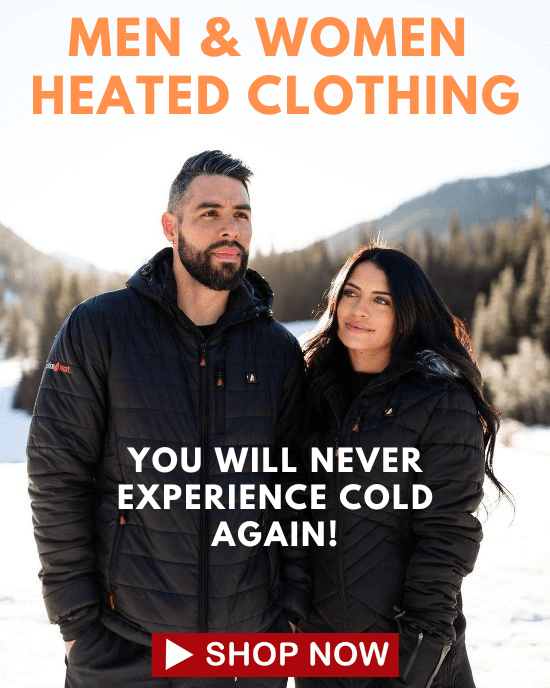 White gold has grown extremely fashionable in the previous 20 to 30 years, particularly among men.

They want the silver look, but not the silver itself. They want something a little more upscale, so the white gold.

The most well-known silver alloy is sterling silver. Silver is used less for rings because it tarnishes easily and there are better alternatives. Sterling silver is made up of 92.5 percent pure silver and 7.5 percent copper, which makes it more durable.

As Sterling silver oxidizes, the copper presence in the alloy causes it to change color and darken. In most circumstances, this is simple to clean. To improve the whiteness, brightness, and durability of high-quality Sterling silver jewelry, it is sometimes coated with rhodium. This procedure keeps the metal from tarnishing.

Tungsten is the next ring material I’d like to discuss. Tungsten is one of my favorite metals. Why? Because it’s so hard, it’s so tough.

There are a few disadvantages to this. It’s brittle, to say the least. Reworking and recutting are extremely challenging. You’re not going to be able to resize this ring once it’s been produced.

That being said, this is going to be one of the toughest metals available, and it’s also very inexpensive, so that’s a plus.

Another advantage is that it is available in a range of hues. Different alloys and qualities can be added to it. When you combine those various metals, you obtain a variety of hues.

This is something that a lot of people like about it: you can obtain something that will keep its shape and won’t require a lot of polishing. It’ll be scratch-resistant, and it’ll just be an excellent ring material in general.

Next up is platinum, which is undoubtedly the most luxurious metal available.

Many people avoid platinum since it resembles silver, so why would you pay a premium for something that will be much more expensive than silver?

It’s because you’re going to know.

You’ll notice the difference between a platinum and a silver ring when you put one on. It is nearly twice as heavy. This is something you’ll notice when you put it on because the material is significantly denser.

However, most people will assume that it is either white gold or silver. You’ll be able to tell it’s platinum. Otherwise, it will just look like silver.

However, many people adore platinum, so if that’s your thing, go for it.

You’ll hear about palladium if you’re talking about platinum. This one is a much harder than platinum, and it used to be a lot cheaper.

However, its cost has risen over time, and in some circles, it can now cost considerably more.

As a result, I’m not going to endorse it. I mean, it’s a nice material, and if you can find it for a fair price, take advantage of it.

Palladium is harder than platinum and has a similar appearance, but it is not as precious in my opinion.

Let’s discuss about titanium next. One of the better materials for rings, in my opinion.

Titanium will be tough, not as tough as tungsten, but far tougher than gold. The fact that it is so lightweight is fantastic.

Some individuals really desire a thick ring, so this isn’t going to be for everyone. However, for many people who simply want something functional and lightweight, titanium will be a good choice.

Damascus steel is next on the list. If you know anything about weaponry, you’ve probably heard of Damascus steel.

It’s been used in firearms for a long time. Although it isn’t commonly used in jewelry these days, certain companies continue to produce it.

It will be harder than gold, silver, and a variety of other materials.

As a result, it produces an excellent ring.

Another nice feature is that it is reasonably priced. It also has a great sheen and is long-durable. So, if you’re seeking for something different, consider Damascus steel.

What about rings made of carbon fiber? Although many of these aren’t metals, they do make use of metal qualities. However, the issue here is that this is a fiber design.

Basically, you have lengthy strands that are interlaced, and as a result, you get a bunch of cool stuff.

First and foremost, lightweight. In many circumstances, this will be lighter than titanium. On the other hand, it’ll be extremely tough, extremely hard, and extremely long-durable.

Carbon fiber has a number of advantages. First and foremost, it appears to be cool. Then there’s the fact that it’s quite inexpensive and constructed from materials that are relatively easy to come by.

One of the disadvantages of carbon fiber is that there isn’t much variety in terms of aesthetics and possibilities.

Because you’re an energetic guy, perhaps a mechanic, you deal with machinery that could seize your ring and cause serious injury to your hand.

Silicone rings, then, serve a purpose. Because it’s a polymer, they’ll be quite pricey. Silicone will be combined with oxygen, hydrogen, and other components in this process.

This is a simple design that’s ideal for an active man who wants a ring that’ll be forgiving if it gets stuck on something.

See also  How to Properly Wear Suspenders (And Stylishly)

Let’s have a look at the many varieties of rings available.

It’s all about function when it comes to rings.

We think of the wedding ring, which is undoubtedly the most well-known ring among us. This can be seen on both men and women.

The ring denotes that you’ve entered into a contract with the other person and have made a commitment.

There will also be engagement rings on display. It’s not very prevalent among males, but it’s very common among women, and it’s essentially a sign that the wooing has begun.

Affiliation rings are also available. These are extremely cool, and you’ll see class rings all over the place. They signify that you have graduated and are a member of a fraternity.

That’s truly what it’s all about: demonstrating to others that you’re a member of the club.

You’ll also come across signet rings. These are typically worn on the pinky or smaller fingers, and they have a crest on them. This crest can be used as a signature as well as a means of identification.

Signet rings, on the other hand, are mostly used to signify affiliation.

A family ring will be another sort of connection ring. This will take place within a smaller group that you are representing. This is something that has been passed down through the generations.

There will also be art and design rings on display. And these are frequently worn just because someone wants to have a good time.

They want to give their hands a little more style and personality. These rings are frequently worn by musicians.

It corresponds to the message they want to convey, which is essentially what this is all about. It’s all about signaling to others that you’ve got a sense of style.

What about the stones? Stones aren’t utilized nearly as frequently in men’s rings as they are in women’s.

However, diamonds will undoubtedly be the most popular stone in men’s rings.

This makes logical because the diamond industry has heavily promoted them. They are thought to be quite valuable. They’re well-known for being the go-to diamonds.